The Different Types of Mini Golf 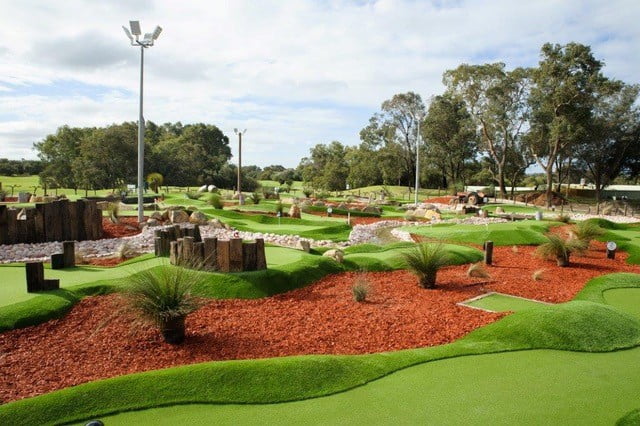 What Is The Difference Between Mini Golf, Crazy Golf, Goofy Golf And Putt Putt?

For those not in the know and even for some of those in the know, there is a lot of confusion as to what is the difference between mini golf, crazy golf, goofy golf and putt putt. The difference varies depends upon who you talk to, where you are geographically located, and on whether you are talking about the game now, in the recent past, back in the sixties, or even as far back as the nineteen hundreds. It also depends upon what the sign outside the facility tells you it is!

This article has tried to separate out the differences between these various games, but please do not quote us on this as it is our best interpretation, and there are probably many others out there who would have different beliefs.

It can be said that putt putt, goofy golf and crazy golf are all forms of mini golf. If one was to accept this, then we could also say that mini golf (as in the majority of mini golf courses designed and built by Mini Golf Creations ) is the big brother or even the grandfather of all the other forms of mini golf.

So, To Start With, What Is Mini Golf?

Mini golf can be seen as superior to the putt putt, goofy golf and crazy golf in that it is designed by serious golfers for serious (and those less serious) golf players. The purpose of mini golf is to improve the putting strokes and techniques of traditional golf players. There are no gimmicks instead there are challenging landscaped courses that are challenging and fun.

A mini golf course is designed to be just like a normal golf course, just in miniature.

Of course, because a mini golf course is such fun, it is not only played on by serious golfers but also people of all ages looking for a good source of fun and entertainment. 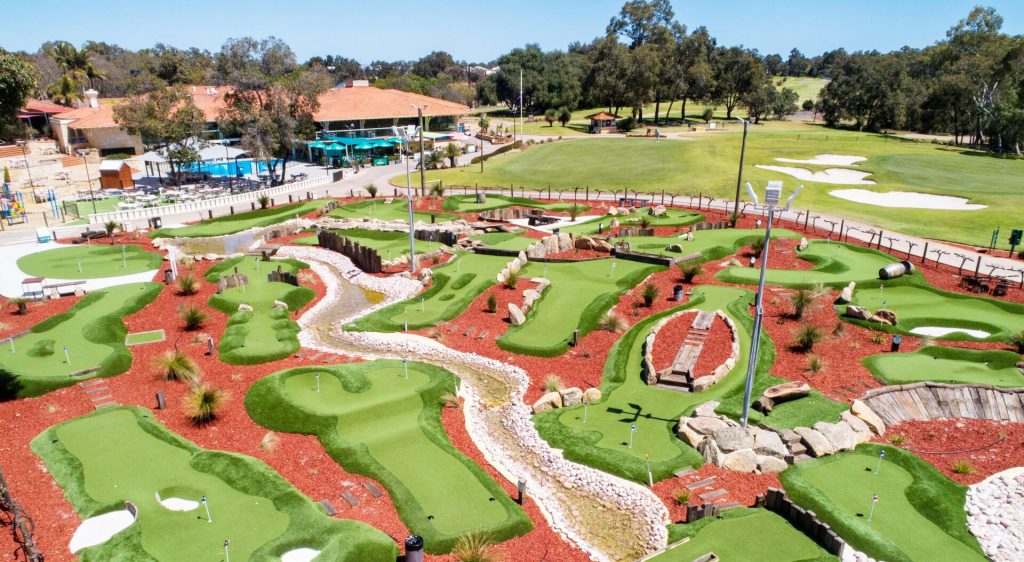 For many of us putt putt brings to mind fun we had as children on a small (often well worn and tired) course which we only played a few times, obviously having no experience as we tried to sink the ball at each hole with as few strokes as possible.

Most putt putt courses had some gimmicky obsticles and decorations such as windmills and a garden gnome or two! 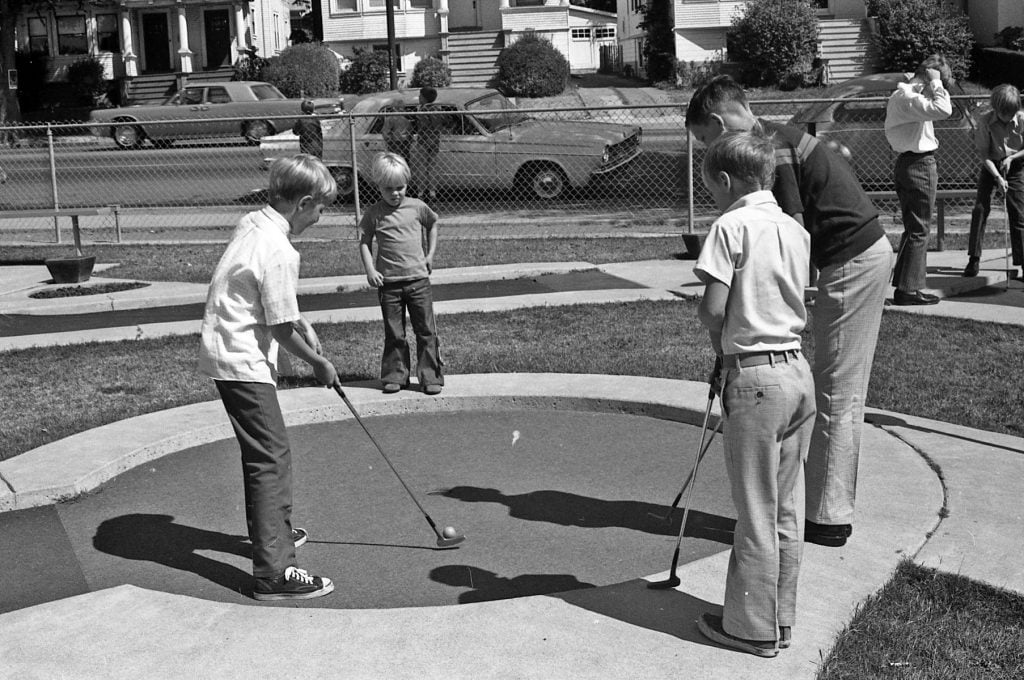 Crazy golf is a type of mini golf.  In crazy golf the holes are found within the hills, mounds and slopes and players have to aim their strokes through these holes.

Crazy golf has become very popular with some quite serious competition including tournaments with the World Crazies Championship being the major game. There are very strict rules and regulations for those serious about crazy golf.

Crazy golf is also a very popular form of entertainment, particularly for singles, and can actually be part of a fun night out. There is for example a bar called Swingers which has an indoor crazy golf course and they market themselves as a golf activity bar. Located in London there is a nine-hole course as well as a restaurant, and naturally the bar, and thus an adult-only venue.

The play of crazy golf is different from that of regular golf in that each player has a turn to complete the entire hole before the next player starts. An even bigger difference, (and where the game gets its name from), is that in the final round all players play at the same time making it a crazy, crazy game!

Just for your interest, a hole in one is called an ace in crazy golf.

The most notable feature about this form of mini golf is the insane obstacles that there are on the course. And for the most part, these obstacles leave the windmills and tacky features of putt putt and crazy golf in the dust. Think giant monkeys, monuments, aliens, and Chinese dragons. The first goofy golf course was built by Lee Koplin in Florida in 1959 – some have said that it is a crazy visionary art theme park.

The aim of the game was to putt the ball in and around the hazard – some of which were mechanised including a snapping crocodile!

Mini Golf vs Crazy Golf vs Goofy Golf vs Putt Putt – What is the difference?

Have any questions or ideas? Feel free to contact us!