What is the Difference between Mini Golf and Putt Putt? 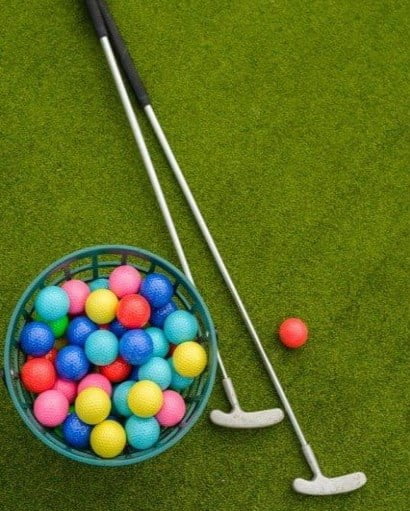 The terms mini golf and putt putt are often used interchangeably to refer to small scale golf courses. While the aim of both is the same, to get the ball in the hole with as few strokes as possible, they are fundamentally two different games.

What is Mini Golf?

As its name suggests, mini golf is simply a miniaturized version of regular golf, and you can expect to find similar features such as holes, flags, water hazards, sand traps and terrain obstacles. You play mini golf in the same fashion as golf, with the only significant difference being that you use a putter for every stroke due to the close quarters of the game.

What is Putt Putt?

Similarly to mini golf, putt putt is another branch of golf, but a less traditional one. Putt putt courses often have obstacles like metal rails, pipes or statues and are generally considered to be more ‘gimmicky’ than mini golf, relying more heavily on thematic features like clowns or animals. As putt putt courses are more simplistic, they often require less skill, with most of the holes being designed to enable getting a ‘hole-in-one’.

The Differences Between Mini Golf and Putt Putt

The main difference between mini golf and putt putt lies in the way they are played and scored. In mini golf, all players take their first stroke, and then the person furthest from the hole takes their second putt, as in real golf. In putt putt, the first person must complete the hole before the second person can commence their turn. Putt putt also has a maximum par of two for each hole, whereas the par score for mini golf can range from two to six.

Putt putt courses are usually much easier, with the obstacles being limited to little blocks or rails, small slopes and pipes. Most of the holes are designed to be completed in one or two straight putts. This makes the game much faster, and great for those who are frustrated easily, but also less exciting.

Obstacles in modern mini golf courses, like those made by Mini Golf Creations, are hugely varied, with the holes in amongst terrain features like hills, water hazards, caves and sand traps. They are usually much more complex in design and theme which makes for an immersive experience. Becoming proficient in mini golf is all about learning to ‘play the course’ and use the elevation changes and obstacles to your advantage. This makes the game a little more skill focused and more strategy based which is great fun. Mini golf is also an excellent opportunity to improve your putting skills to put to use in real golf.

We hope this blog has helped you to understand the difference between mini golf and putt putt. Remember, whichever game you end up playing, the most important thing is being able to share your love of golf and have fun! 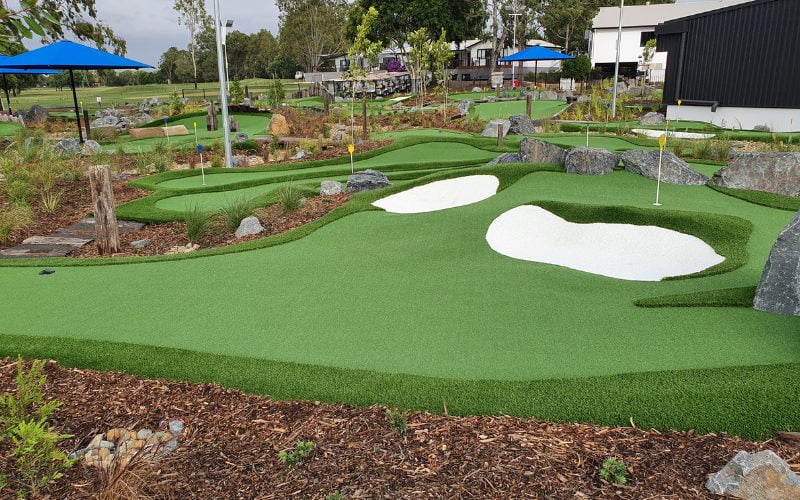 Have any questions or ideas? Feel free to contact us!